This story was republished with approval from Crain’s Chicago Business and written by John Pletz.

The former Rainforest Cafe is on its way to becoming a marijuana shop.

The city’s Zoning Board of Appeals approved a special-use application for a cannabis dispensary at the former restaurant Friday and for a new dispensary at 1233 S. Wabash led by former state Sen. Rickey Hendon. They’re both among the latest wave of marijuana businesses planning to open in the city since 192 new retail licenses were issued as part of the legalization of recreational marijuana that took effect in Illinois almost three years ago.

The Rainforest Cafe application has been controversial because the site at 605 N. Clark St. is within 1,500 feet of other pot shops. State law prohibits dispensaries owned by existing companies that received licenses under the original medical-marijuana law from locating within 1,500 feet of each other. New licensees under “social equity” guidelines aimed at diversifying ownership of marijuana businesses have an exemption from the requirement.

Progressive Treatment Solutions, which operates dispensaries under the Consume brand, originally wanted to relocate its 6428 N. Milwaukee Ave. store to the former Rainforest site in River North. PTS has since partnered with Bio-Pharm, one of the new “social equity” license holders. PTS’s CEO is Terry Peterson, former head of the CTA and Chicago Housing Authority. State documents list David Flood, whose family owns the waste-hauling company Flood Brothers Disposal, as president of PTS.

The application to rezone the Rainforest site drew opposition from some River North residents who were concerned that the neighborhood is fast becoming Chicago’s weed corridor. 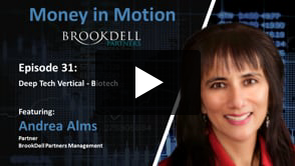