The New York Cannabis Control Board on Monday awarded its first round of adult-use cannabis permits, along with 282 pages of new industry rules and some significant policy updates. But a small mountain of questions remains for stakeholders, leaving the market’s near future still shrouded in uncertainty for many.

The one thing that does appear more solid after Monday, stakeholders said, is an increased likelihood that New York will be able to make good on its long-standing promise that recreational cannabis sales will begin by the end of the year.

However, it appears that will likely happen through delivery, and not a brick-and-mortar cannabis store.

“This will help jumpstart sales and enable these small business owners to generate capital and scale their operations,” OCM tweeted, in an announcement that rec sales will be allowed first via delivery.

- BIG NEWS FOR CAURD LICENSEES:
OCM will allow qualifying businesses to start with delivery for all authorized adult-use cannabis products.

This will help jumpstart sales and enable these small business owners to generate capital and scale their operations.

“We are rounding the corner … an operational cannabis market is within reach,” CCB Chairwoman Tremaine Wright said during the board’s meeting.

There were also another 16 conditional cultivator licenses and eight processors approved by the board on Monday, for a total statewide of 277 cannabis growers and 32 processors.

"There’s more CAURD licenses under review, and we’ll continue to issue licenses on a rolling basis, as we have for our other license types," said OCM Executive Director Chris Alexander.

The OCM also announced on Twitter following the Monday meeting that 18 CAURD licenses had been "blocked" by "active litigation," including four licenses in Brooklyn, one in the Central New York region, four in the Western New York region, six in the mid-Hudson region, and three in the Finger Lakes region.

While OCM is excited to announce New York’s first CAURD licensees, the office has an obligation to be transparent about challenges to our state’s cannabis law.

Due to active litigation, the office was blocked from recommending 4 Brooklyn CAURD applicants to the #NYCCB.

The OCM received more than 900 CAURD retail applications, and initially it was expected that the first round would be up to 175 retail permits awarded. It's unclear how many retailers the state will ultimately permit.

Monday's announcement came with multiple regulatory changes as well, several stakeholders said, as well as plenty of still-unanswered questions for licensees, including whether the state will meet its goal of launching recreational sales before the end of the year.

"We’re just now hearing who the winners of the design build RFP were, and they, as of last week, hadn’t even gotten their locations assigned," said attorney Lauren Rudick, who represents one of the retail license winners and five other applicants who have yet to learn whether they'll be awarded permits.

"In a best case scenario, a build out is six to eight weeks. We’re cutting it kind of close, and that’s assuming all the permits and approvals are in place," Rudick said.

Because the OCM released updated regulations over the weekend, several stakeholders also said they haven't had time to fully read and digest what's in the material.

But attorney David Feder said one of the biggest pivots the OCM revealed Monday was a new allowance for retail licensees to launch recreational sales via delivery in coming months.

"They know that they’re not going to be able to get all the dispensaries built out in time for this thing to be kicked off effectively by the end of the year, so what they’re doing is they’re going to allow these licensees through delivery," Feder said.

"It's huge, huge news," he added, emphasizing that in the context of New York's flourishing unlicensed cannabis market, without a channel for legal cannabis sales, "People are not going to be encouraged to stay within the lines."

However, Feder said, exactly how delivery operations will be allowed and conducted has also yet to be determined. He noted that delivery licenses and rules weren't part of Monday's OCM announcements.

There are also discussions going on behind the scenes, Feder said, as to whether the OCM will sanction the so-called "ice cream truck model" versus the "pizza shop model," with the former allowing trucks to roam the streets while packed to the brim with cannabis products ready to sell to any customer who stops by, and the latter only allowing delivery drivers to leave a central hub with the precise inventory to complete specific deliveries.

The ice cream truck model, Feder said, "is probably the best way to compete with the unregulated market," but added that nobody knows where the OCM will come down on delivery rules.

There could be, for instance, cannabis delivery workers taking the subway or riding bicycles around New York City to bring cannabis to customers, said Jennifer Cabrera, another industry attorney.

Cabrera predicted that the OCM will hand out more retail licenses at its next meeting on Dec. 1, since that has been the agency's standard procedure for cultivators and processors.

Cabrera and Feder also both said they - and their clients who hope to win retail licenses - have their fingers crossed that the OCM walks back a new restriction for retailers that prohibits them from accepting investment money from any individual or company that holds ownership stakes in any cannabis cultivation or manufacturing operation anywhere in the world.

"In order to raise money, you’re limited to a very small pool of companies across the country, and most of them are involved in one vertical or another," Cabrera said, adding that the current rules "makes it almost impossible for license applicants to raise money."

Rudick said she would overall like to see more transparency from the OCM and ticked off a laundry list of policy questions she has, including on the future licensing timeline.

Rudick said that at this point, there are still more questions than answers for hopeful cannabis licensees.

"Without a timeline, all we’re doing is favoring the more capitalized players that can afford to wait," Rudick said.

The only certainty, Rudick said, is more change.

"This is dynamic, it’s moving quickly, it’s easily influenced at this stage," she said. "They’re moving towards an aggressive timeline to be open and operational." 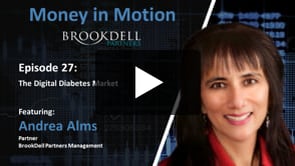