The maturing psychedelics industry has watched superstar companies come and go. It happens in nascent industries, especially one aligned with federally illegal substances.

But even without any revenue-making product, which is standard operating procedure for most of the top psychedelics companies, there are still some interesting movements by companies to expand research and development, make new discoveries through partnerships, and challenge investors to understand the landscape of winners and losers.

Filament Health filed its third quarter financial results on Nov. 10. In its announcement, the company highlighted that it extended its cash runway with $2.5 million in fresh financing, freeing up more drug development space and more potential patent accrual. It already had five patents from the Canadian Intellectual Property Office and three in the U.S. as of August. The company obtained a fourth patent in the U.S. on Nov. 9, bringing the company’s total to nine patents overall, Filament Health Chief Marketing Officer Anna Cordon confirmed to Green Market Report in an email.

Patents are gold in the bank for any psychedelics development company and a sure sign of ongoing financial health for the company. Filament is estimated to actually make $100,000 in revenue this quarter (through Dec. 31), the company has been spooking investors with a steady market cap reduction over the year, from a high of $41.98 million in September 2021 to $10.48 million this September.

Cybin filed its financial results for the second quarter of fiscal year 2023 on Nov. 14. The company was able to issue and sell up to an additional $28.9 million of common shares, which allows Cybin to access additional cash for growth opportunities and working capital.

Cybin, too, is finding gold in their patent work. They strengthened their drug discovery platform and intellectual property portfolio through multiple licensing arrangements that have broadened the company’s intellectual property reach and created a path for potential future pipeline expansion. Cybin now has access to more than 35 patents and applications through a combination of internal filings and licensing arrangements.

Atai filed its third quarter financial results on Nov. 10. The company demonstrated its ability to execute on various clinical trials and is working on a direct-to-brain delivery of various compounds that has wide-ranging applications in the psychedelics industry.

The company still ended the quarter with $304 million in cash, an almost unheard of amount among other top-tier psychedelics companies, but down $58 million from earlier in the year. The company used that cash to pay for operating activities, additional investments in platform companies, and other expenses. Atai also secured a loan agreement in August of up to $175 million. That loan money is expected to extend their positive financial health through 2025.

Just a week after these financial results were released, Atai announced it has initiated a clinical study with Massachusetts General Hospital to utilize a neuroimaging method to identify neuroplasticity biomarkers in patients with treatment-resistant depression undergoing intravenous ketamine treatment. The main objective of this study will be to develop a novel method to detect neuroplasticity through magnetic resonance imaging scans, electroencephalogram collection and clinical assessments.

Be Seen - Advertise With Us
Click to Discuss
FEATURED MEMBER POSTS
The Weekly Airdrop: 0x38
- posted by: DeFi Opportunity Fund 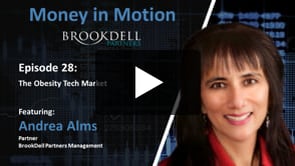