A recent decision in the case of Elevations Plus, LLC v. City Council of Riverbank, in the Eastern District of California, reminded me of something: when undergoing administrative proceedings, always know the relevant statute of limitations. Statute of limitations are laws that determine the expiration date of a claim. In theory, they make sense and are helpful – they’re based on the concept that if one doesn’t act to assert claims within a reasonable time period, those claims should be put to rest. After all, defendants deserve to have some peace of mind after a certain amount of time. However, we sometimes have potential clients come to us just months or even weeks too late, and ultimately, we aren’t able to provide much help because courts will always, always use this technicality to dispose of cases quickly. Here’s the underlying timeline of events in Elevations Plus: the plaintiff, Elevations Plus (“EP”), alleged that in August 2017, it timely applied for a cannabis retail permit and paid the required application fee under the City of Riverbank’s regulatory structure for commercial cannabis activities. At the time, the City was only accepting four applications, and EP’s was the fourth. The City approved two of the first four, then delayed ruling on EP’s application. In January 2018, the City Council approved a six-month moratorium on the issuance of further permits so it could evaluate the actual progress and performance of the first two approved applicants. In June 2018, the City Council extended that moratorium for another year. In January 2019, the City Council AGAIN extended that moratorium for another year. During this two-year period, EP continued pursuit, had its architecture and site plan approved, and the City Planning Commission even voted unanimously to recommend approval of EP’s application in December 2019. Then, the City Council denied EP’s application in January 2020, indicating it had concerns over the sustainability of a third marijuana dispensary in the area. However, four months later, the City voted to approve the development agreement and conditional use permit for a different dispensary, Canna Mart (which proposed a business twice as large). Frustrating, right? Compelling, right? EP then sued the City in June 2020 (over five months later), asserting that it had unjustly denied EP’s ability to move forward with the permitting process. Unfortunately for EP, the City immediately moved to dismiss the case because EP had failed to initiate the lawsuit within the 90-day statute of limitations established by California Government Code § 65009: “[N]o action or proceeding shall be maintained in any of the following cases by any person unless the action or proceeding is commenced and service is made on the legislative body within 90 days after the legislative body’s decision …” The parties engaged in some statutory analysis, and EP argued Section 65009 was inapplicable because the City had not issued a public notice in connection with the January 2020 hearing: “If a public agency desires the provisions of this subdivision to apply to a matter, it shall include in any public notice issued pursuant to this title a notice substantially stating all of the following: “If you challenge the (nature of the proposed action) in court, you may be limited to raising only those issues you or someone else raised at the public hearing described in this notice, or in written correspondence delivered to the (public entity conducting the hearing) at, or prior to, the public hearing.” Gov. Code § 65009(b)(2). However, the Court shot down EP’s argument in its entirety, and clarified Section 65009(b)(2) doesn’t require any specific form of notice to EP. The City was only required to mail or deliver a pre-hearing notice at least ten days prior to the hearing under Government Code § 65091, which it did. Therefore, EP had filed its case at least two months too late, and the case had to be dismissed. The Court’s decision made no mention of the underlying merits of the case, and that was simply the end of the road for EP. We always advise our cannabis clients, in administrative litigation or otherwise, to keep certain deadlines in their back of their minds, and this is just one example of why it’s so important to do so. If you find yourself in a similar situation, make sure to touch base with our litigation team as early as possible so you don’t make the same mistake. Cannabis Litigation: Know Your Statutes of Limitation! on Harris Bricken. - 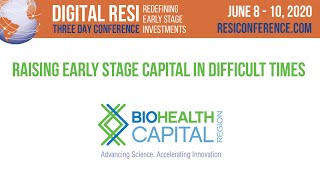