In Case You Missed It: Key Marijuana Law Developments in 2022
2w ago Cannabis blunttruthlaw Views: 168

It has already been a busy year for marijuana law! Catch up on key legislative, regulatory, and legal developments affecting the manufacture, distribution, sale, and use of marijuana occurring in 2022, including key decisions and regulatory material.

Date Development May 26, 2022 Governor Kevin Stitt signed legislation enacting a moratorium on some new medical marijuana licenses, effective on August 1, 2022 and ending August 1, 2024. The moratorium extends to processing and issuing new licenses for:

The legislation allows the Oklahoma medical Marijuana Authority authorization to terminate the moratorium before the statutory date.

The South Dakota Secretary of State validated Initiated Measure 27, a ballot measure to legalize the possession, use, and distribution of marijuana.

If passed, the initiative would allow use, distribution, and possession of up to one ounce of marijuana for adults 21 and older and home cultivation of up to three marijuana plants in a jurisdiction where there are no marijuana stores. The initiative does not establish a licensed recreational marijuana market.

Initiated Measure 27 will be on the November 8, 2022 general election ballot.

The US Court of Appeals for the Ninth Circuit affirmed a lower court ruling holding that delta-8 THC is a legal hemp product under the 2018 Farm Bill and not marijuana or a synthetic cannabinoid.

Delta-8 THC is a psychoactive substance that has been marketed as having similar effects to marijuana. In the absence of federal guidelines, states took varying approaches to classifying delta-8.

Retail adult-use cannabis sales begin at 13 existing medical dispensaries across New Jersey. In 2021, the state was one of several to pass legalization legislation.

April 4, 2022 Oregon Governor Kate Brown signed H.B. 4016, establishing a moratorium on new licenses for all marijuana license types except for laboratories. The moratorium expires March 31, 2024. April 1, 2022 The House of Representatives passed the Marijuana Opportunity, Reinvestment and Expungement (MORE) Act. The law would, among other things:

The House passed similar legislation in 2020, but it failed to pass the Senate.  This is the latest of several pieces of legislation that have passed by the House, but not the Senate, to legalize marijuana and/or permit financial institutions to provide services to marijuana businesses.

Maryland voters will have the opportunity to vote on a state constitutional amendment legalizing marijuana in the 2022 general election.

The House of Delegates approved proposed amendment language that would legalize the use and possession of cannabis for adults 21 and older.

If approved by voters, the amendment would take effect on July 1, 2023.

In 2021, the state enacted the Cannabis Regulation Act, which legalized adult use of marijuana and set the mechanisms for licensing and regulation of the market (NMSA 1978, §§ 26-2C-1 through 26-2C-42).

March 10, 2022 The New York Cannabis Control Board issued for public comment new regulations that would create a Conditional Adult-Use Retail Dispensary License. Holders of this license would be the first allowed to open for adult-use retail sale. The licenses would be for applicants with majority ownership who qualify with both: March 2, 2022 The Washington State Liquor and Cannabis Board adopted final rules amending quality control regulations. The rules:

February 17, 2022 The New York Cannabis Control Board approved the filing of new regulations for the state medical marijuana program. Under the new regulations:

Once approved, the regulations are subject to a 60-day comment period.

February 11, 2022 Michigan Governor Gretchen Whitmer signed an executive order which, among other things:

The U.S. House of Representatives passed the America COMPETES Act, which includes the Secure and Fair Enforcement (SAFE) Banking Act. The SAFE Act would enable cannabis businesses to use federally insured banking institutions.

The SAFE Banking passed the House several times in previous years, both as a standalone bill and attached to other legislation, only to fail to advance in the Senate each time.

In 2020, voters approved a medical marijuana program, but the following year, the state Supreme Court voided the initiative on technical grounds.

The Connecticut Department of Consumer Protection announced a schedule for accepting applications for adult use cannabis licenses, the first since the state legalized marijuana in 2021. Dates are staggered, with license types accepted for:

The initial application period runs for 90 days after each license type is open for applications.

January 1, 2022 New laws and regulations governing marijuana took effect in several states. States with major changes include: January 1, 2022 The deadline for municipalities to opt out of adult-use marijuana and on-site consumption licenses elapsed at the end of 2021. None of New York’s ten most populous cities passed opt-out resolutions.

Some segments were first published by Practical Law at https://us.practicallaw.thomsonreuters.com/w-033-9630.

Be Seen - Advertise With Us
Click to Discuss
FEATURED MEMBER POSTS
AlphaMaven AUM Accelerator Series: Endowments & Their Allocations To Alternative Investments With Natasha Koprivica
- posted by: AlphaMaven
Creativity And Flexibility Are Requirements In A Hawkish Market - January 2022 Newsletter
- posted by: Serenity Alternative Investments Fund I 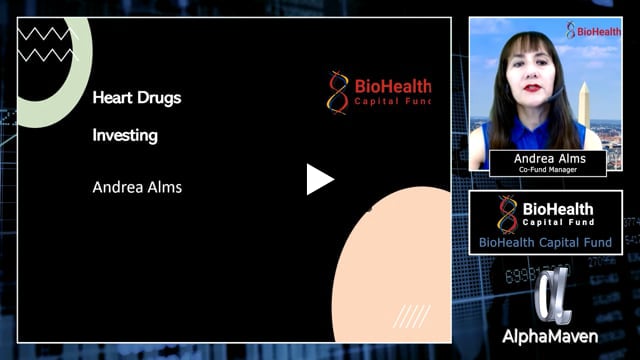