The Florida primary election is approaching, meaning it’s time for voters to learn about candidates. Here is what some of those vying for statewide office have to say about cannabis.

The two leading Democratic candidates in the Florida gubernatorial primary support cannabis reform. Agriculture Commissioner Nikki Fried self-describes as “Florida’s leading statewide advocate on cannabis issues and the sole statewide elected official to call for full cannabis legalization.” Last April, Fried sued the federal government “over federal cannabis policies that prohibit Floridians from purchasing a firearm on the sole basis that they are a state-law-abiding medical marijuana patient.” According to Fried, this constitutes a violation of patients’ Second Amendment rights.

Fried’s main rival in the Florida primary is Charlie Crist, who in 2006 successfully ran for governor on a Republican ticket. Perhaps eager to cement his progressive bona fides, Crist is not ceding any ground to Fried on cannabis to Fried, tweeting, “As Governor of Florida I will legalize marijuana.”

How this Florida primary race is shaping up depends on who you believe, with narratives going from from a “commanding” Crist lead to a “dead heat.” Come what may, however, the eventual Democratic nominee will be on record as supporting legalization.

As for the Republicans, incumbent governor Ron DeSantis will not be facing a primary challenge. DeSantis has made it clear that he does not support legalization, though he has “suggested he was in favor of decriminalizing marijuana.” This said, do not expect DeSantis to make waves on this issue as his focus increasingly turns to his national ambitions.

Former prosecutor Jim Lewis, running for AG in the Florida primary, is urging Democrats to “legalize marijuana for home use, [and] stop the medical marijuana farce that lines the pockets of a favored few, and puts poor people in jail.” Barring an unexpected turn of events, however, it will not be Lewis facing incumbent Ashley Moody, with the real race taking place between Aramis Ayala and Daniel Uhlfelder.

As a Central Florida prosecutor, Ayala established a diversion policy for cannabis-related misdemeanors. Based on information provided by the campaign, Ayala has “always supported decriminalization.” As for legalization, Ayala considers it a “complex and nuanced issue,” while noting that “we cannot deny the economic and investment opportunities made available.” In her view, any legalization initiative should “prioritize addressing the lives of those who have already been impacted by arrests and incarceration that resulted from the criminalization of marijuana.”*

Without doubt, the most colorful of the candidates in this Florida primary race is Uhlfelder, known for visiting beaches in the state during the COVID-19 pandemic dressed as the Grim Reaper. For proponents of cannabis reform, though, Uhlfelder is a harbinger of hope, having described himself as someone “who advocates *for* legalizing marijuana instead of the current Attorney General who *twice* took it upon her office to advocate against Florida voters even getting to vote on marijuana legalization.”

That tweet also sums up what we could expect from a second Moody term, and this is confirmed by her “F” grade from NORML. The current AG has already secured the Republican nomination.

Fried’s departure leaves a big gap in the Florida Cabinet when it comes to cannabis advocacy. But there is one candidate in the Florida primary that is well placed to take up Fried’s mantle. Ryan Morales is, in his own words, a “well-known cannabis activist with a small Hemp Farm in Clermont.” Just so there are no doubts as to his views on cannabis reform, Morales’ campaign website states that he is “in full support of the full legalization of Marijuana.” He adds that “Home Grow is a must and decriminalization along with the release of any incarcerated due to possession needs to be done!”

Some say Morales is a “long shot candidate,” but he has been holding his own as far as fundraising. As for how his Florida primary rivals stack up when it comes to cannabis, back in 2016 J.R. Gaillot said that “the jury [was] still out” for him as far as recreational legalization goes, while being supportive of medical cannabis. It is unclear if his views on adult-use cannabis have changed since then.*

A third candidate, Naomi Esther Blemur, has indicated that she “will advocate for … building a strong hemp economy for Floridians with inclusive access for all!” However, Blemur does not appear to have made any pronouncements regarding the legalization of adult-use cannabis.*

Over on the other side of the aisle, as president of the Florida Senate, Wilton Simpson expressed support for THC caps on medical cannabis. Meanwhile, “Let Farmers Farm” is one of the rallying cries of his opponent James Shaw. Not sure if that includes cannabis for adult use,* but it is likely a moot point, as he is considered to be “token opposition” to Simpson.

The key moment for the prospect of cannabis reform in the Sunshine State over the next few years will be the November election. However, the upcoming Florida primary is worth watching as well. While both Democratic candidates support legalization, Fried is strongly identified with her cannabis advocacy. A Fried win (or even a strong performance) could hold valuable lessons for politicians in Florida and elsewhere, especially those in the Democratic camp, about the role of cannabis in electoral politics.

* This post has been updated to reflect information obtained from the Ayala campaign.

** We reached out to the Blemur, Gaillot, and Shaw campaigns, asking them for their candidates’ positions on adult-use cannabis legalization.

Be Seen - Advertise With Us
Click to Discuss
FEATURED MEMBER POSTS
Headwinds For Core Bonds And Opportunities To Consider
- posted by: Water Island Capital 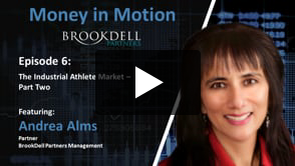